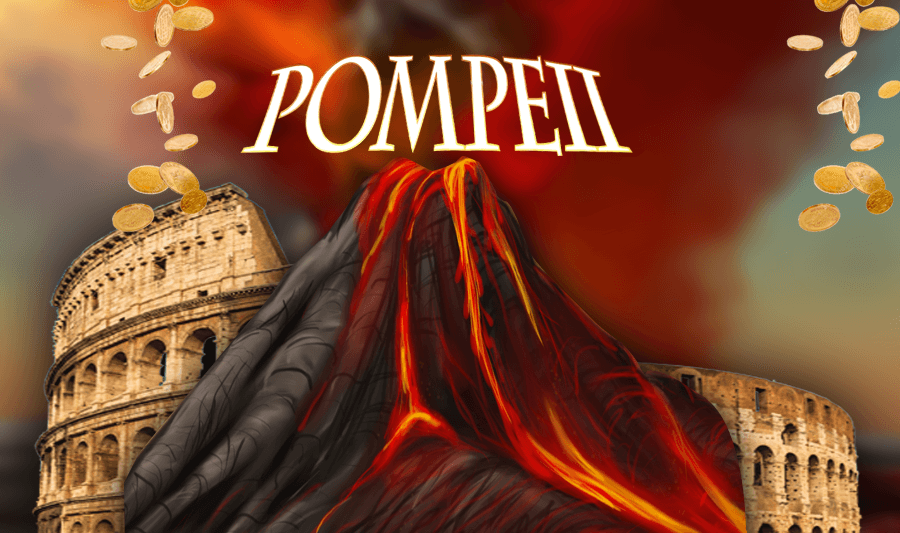 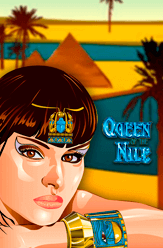 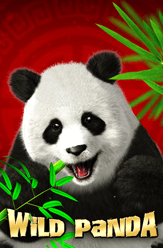 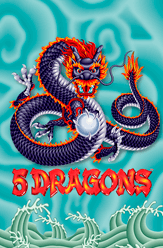 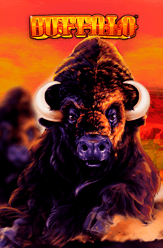 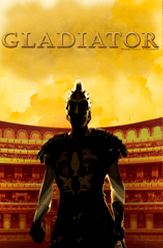 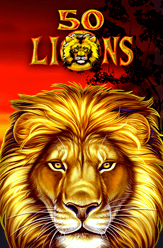 Pompeii is a classic Aristocrat 5-reel slot with 243 ways to win. It was one of the first Australian Reel Power pokies to achieve success in Vegas casinos, largely due to its unique Roman theme and realistic art style. Pompeii got a digital release in 2012 and managed to regularly make top played lists in online casinos up until a few years back.

On the surface, this is a classic Video slot with a Roman theme. It follows the story of Pompeii, an Ancient Roman city that was buried under 6 meters of ash after an eruption of Mt. Vesuvius in AD 79. Pompeii was preserved so well, that even to this day it provides us with a realistic portrayal of the culture and day-to-day life of the Roman people.

This story is an unusual inspiration for a Vegas slot, but sits well with other Aristocrat historical pokies such as Red Baron, Big Ben, Indian Dreaming, and others. All these free slots have a similar realistic art style and unique thematic Bonuses. In case of Pompeii, the infamous Vesuvius serves as a Wild symbol and win multiplier, light animations during big wins show an eruption of coins. Penny slots aren’t known for subtlety in portraying real world events – this theme is just a set piece for spinning the reels, we aren’t supposed to think about it. The game itself offers:

How to Play Pompeii Slot

Pompeii slot uses a traditional Aristocrat online interface common across slots from the early 2010s. Here are the options:

It works exactly the same on all modern web-browsers such as Chrome, Internet Explorer, Opera, Firefox, Safari, and so on. Online game interface adjusts for any screen due to flexible Flash player integration into HTML 5. Pompeii is well-optimized and loads almost instantly, but offers little in the way of customization.

How to Win Big

To win big when you play Pompeii Slot, it’s important to understand Reel Power mechanics in Australian pokies. In this 243 ways to win system, payouts count for consecutive symbols from left to right – regardless of where they fall on the reel. Bets range from minimum $0.5 to maximum $125 per spin. This isn’t a hungry machine and it can safely be played at the low end. It isn’t hooked into a progressive Jackpot and is built around the bonuses rather than chasing one symbol. This means players need to make money on Free Spins streaks as well as series of smaller payouts, not a single big win. Only exception is he Gamble feature, where a lucky break can potentially land up to 20 times the stake. To maximize payouts in Pompeii, players need to land the Scatter Coin Free Spins feature and go on a streak of re-triggering Bonuses along with Vesuvius multiplier up to x15.

Here’s the Basic Paytable in Pompeii:

Nothing out of the ordinary, but for a Reel Power slot the highest payout at 2500 the stake is fairly generous – it’ll happen in Pompeii more often because symbols count on every Reel. Bonus Symbols can make the basics worth much more:

When Scatters and Wilds work together, this Paytable really comes to life at the highest possible payouts.

Main bonus feature is the Pompeii Bonus – when 3 or more Scatter Coins land on the board, players get between 10 and 20 Free Spins. These Free Spins also make Wild Vesuvius pay additional win multipliers. It multiplies wins by x3 on Reel 2, x5 on Reel 4, and x15 while substituting on both Reels. Vesuvius multipliers are only active during the Bonus, normally it only substitutes basic symbols. Additionally, Pompeii has a Gamble feature. Here’s how it works:

There’s no right way to use Gamble, but we recommend giving it a try on small wins where payouts aren’t much higher than current stake.

The highest theoretical win in Pompeii Slot is 37,500 coins. It comes from maximum payout of the Roman Snakes symbol at 2,500 multiplied by x15 for two Wild substitutions during the Bonus Feature. This is astronomically unlikely, but shows how big wins in Pompeii come from playing to the theme. Aside from that, it doesn’t have a progressive jackpot on offer. As Aristocrat Reel Power pokies go, it’s on the higher end of maximum possible fixed payouts, with multiple basic symbols at 1,000x the stake.

Chances to Win in Pompeii Slot

RTP of Pompeii is 95,45% with land casino versions offering slightly more or less depending on country. This puts it at roughly industry average – chances to win at Pompeii as a player aren’t bad, but could still be higher. For comparison, Big Red – another pokie by the same developer – offers 97,05% RTP. Certain Vegas slots go as high as 99%. However, Pompeii has high variance with bigger average bets and payouts than these pokies. Bonus Feature streaks come once every 130 or so spins. Even though Pompeii has average RTP, it makes up for it with potential for bigger win streaks. Patience is required to win anything in this pokie – it reward players for outlasting it.

To play Pompeii slot for real money, first choose from dozens of top online casinos that have it on their games list. Some casinos are only available in certain countries or regions – make sure to only gamble at licensed casinos like Mr Green, Slotty Vegas, Betat, etc. After registration, players are required to provide a valid ID or other proof that they’re over 18 or 21. Confirmation can take up to a few days, after which it becomes possible to both make payments and collect winnings. Make sure that all verifications have been made before depositing cash, otherwise withdrawals could take weeks compared to the usual 1-5 day process.

Most online casinos offer dozens of payment methods, it’s hardly a challenge to find one that works. After the first confirmed deposit, Casino Welcome Kit bonus becomes available. It usually includes up to 200 Free Spins, 100% matches for initial deposits up to $1600, as well as seasonal or personalized promotions. Some gamblers keep real money accounts on multiple casinos to take advantage of multiple bonuses.  For Real Money play, Pompeii and other Aristocrat pokies often get dedicated promotions. These can be either ongoing bonuses or part of the Welcome Kit, depending on provider. All you need to do is find it on the game list and see which conditions apply. The slot itself plays exactly the same in real money version as it does in Free Play for fun.

Pompeii has a dedicated mobile version that works on:

Versions of Pompeii and other Aristocrat slots are available at the Big Fish Mobile casino operated by the same developer. This app is on App Store and Google Play. Websites such as Casino Joy, JackpotCity and others also have dedicated mobile applications that support Aristocrat pokies. Game scales based on screen size thanks to flexible HTML 5 development and doesn’t need much mobile data to load. It can still be played from mobile browser as on any other device.

Because it’s been out in land casinos and online for years, millions of gamblers got a chance to try out different strategies and win big in this slot. Here are some tips and best practices:

Pompeii is a kind of classic slot that doesn’t offer much player choice during games. In reality, you’re only making two decisions – Bet Range and Gambling. Make the most out of those and leave the rest to luck. Stopping the reels during the spin might help somewhat, but remember that this is an online slot and not a physical machine, it hardly does anything. This game is too simple for any high level gambling strategy – there’s just too few features for it.

Because Pompeii slot is designed using HTML 5 and the Flash player, it’s available for online Free Play for fun and integrated into hundreds of websites. Whether on desktop or mobile, the demo version requires no download and no registration. It’s needed only when playing for real money at an online casino. If the game isn’t immediately loading in your browser, it likely means you haven’t allowed Flash player on a website. Most modern browsers have this player integrated into them, but loading the game might still require permission from site settings. Pompeii pokie is always online. This game needs connection to Aristocrat servers in order to work – it can’t be pre-loaded in a browser or played offline.

243 Ways to Win slots are some of the most popular Aristocrat machines. Instead of traditional play with paylines, wins are counted anywhere on the reel from left to right –certain new pokies go even further and offer 1024+ ways to win by adding Reels and counting almost every symbol regardless of where it lands. Pompeii was among the first in the Reel Power series of Aristocrat pokies, with various titles coming out since the early 2010s. Other popular slots that offer 243 ways to win:

Pompeii is a Vegas classic that doesn’t translate well into online play. This is true about many other machines of its time – they’re just too slow and simple for online gamblers who usually prefer faster paced games with more Bonus features. There’s a lot to be said about the unique theme and realistic graphics, but Pompeii also lacks music and animations to really immerse the player into the experience. Overall, there just isn’t enough incentive to keep playing. It’s going to be hit and miss – either land the Bonus Feature early and have fun, or get a few dozen empty spins and wonder what the point is. Lack of features really hurts this otherwise well-designed pokie.

«Much like its theme, Pompeii is a well-preserved relic from a different era. Gamblers years later will be looking at this slot and wondering what made it such a hit when it came out.»

FAQ
How does it compare to other free slots online?

With RTP at 95,45%, this is a fairly average pokie. At present, it also doesn’t stand out in terms of bonuses and other features. As Roman slots are concerned Spartacus has more Bonus Features, but has a different gameplay style. Pompeii is a better slot than many others that came out in 2010-2014, but doesn’t offer many unique features now.

What are the drawbacks of playing Pompeii?

There are a few common criticisms of this pokie:

How does the online version differ from land casino pokie?

This version has higher max payout limits compared to physical cabinets, but otherwise plays exactly the same. Some land machines can also have slightly higher/lower RTP based on country and place they’re installed at.

Are there any external bonuses or Jackpots connected to Pompeii?

Pompeii is a part of the popular Wonder 4 system in Vegas casinos. Gamblers are allowed to play 4 slots in the same cabinet simultaneously, along with a special Bonus Feature that triggers in all active games at the same time. At the time of this writing, this feature is only available at physical cabinets, but might be adapted at some point in the future.

Unfortunately, Aristocrat doesn’t offer their pokies as downloads – only versions available are playable from browsers and as a mobile applications.